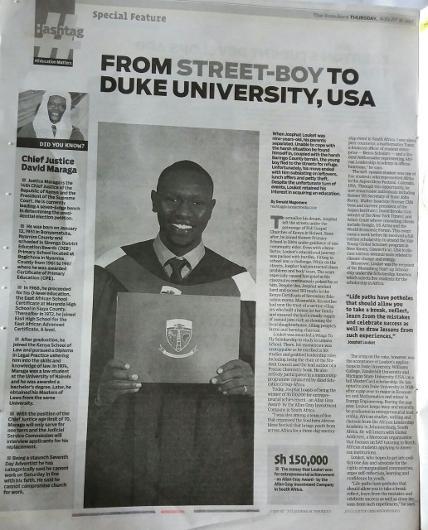 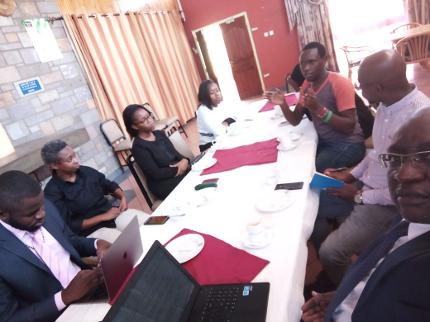 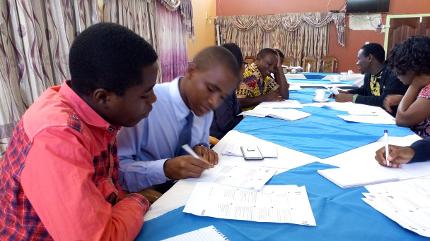 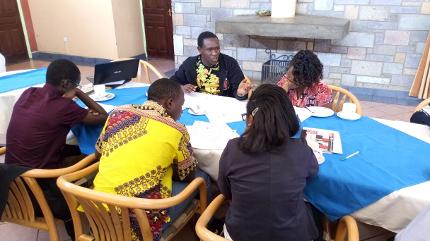 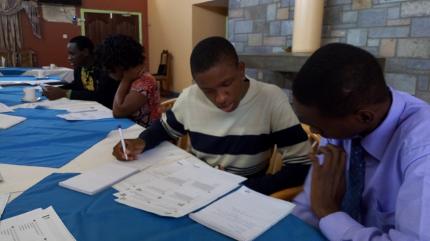 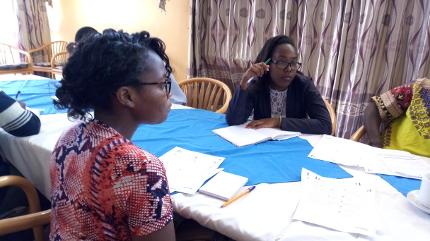 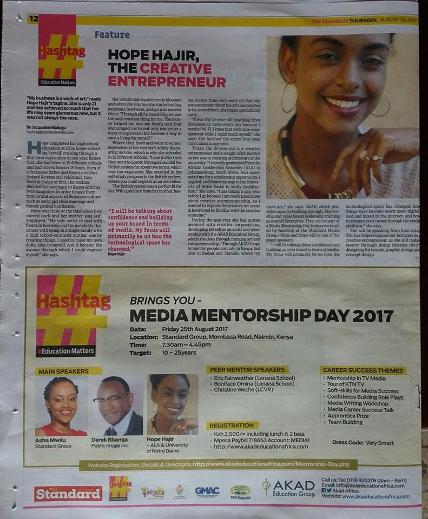 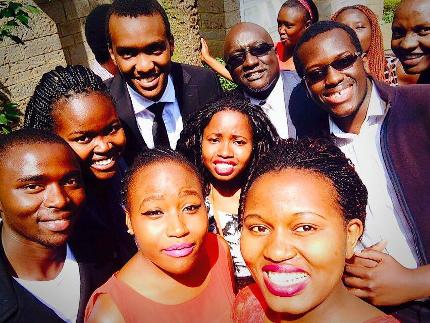 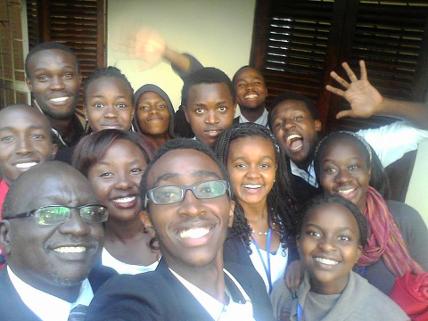 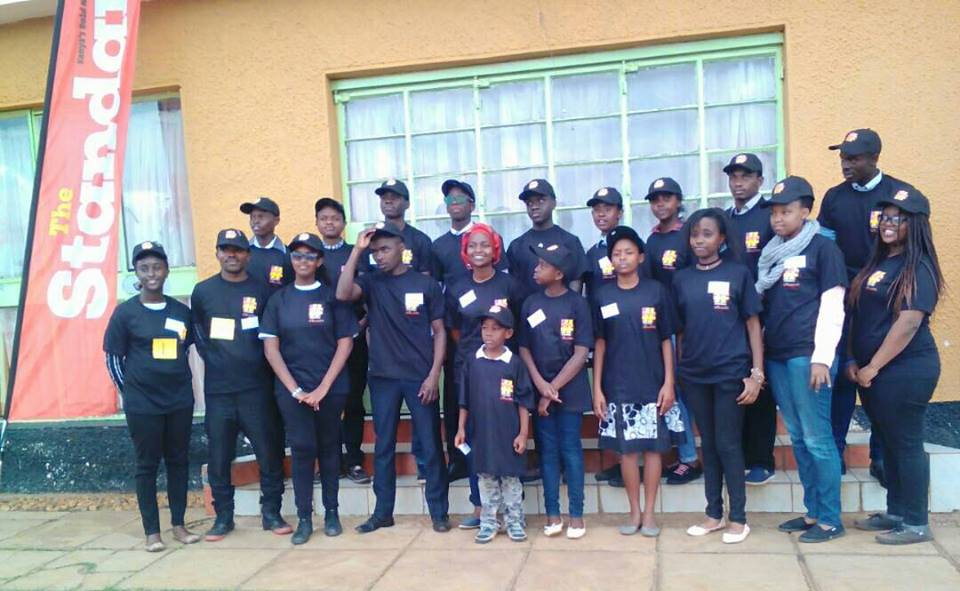 AKAD offers SAT training on an individual, one on one basis for a fee.

This is offered subject to available AKAD mentees, who have succeeded in the SAT examinations and are admitted to top, world class universities. These have included, but are not limited to;

Sample profiles of these exceptional AKAD Peer Mentors are available below.
Contact us by What'sApp to Tel +254 720 743 674 during business hours us to express your interest and at best, be ready to answer the following questions;

Your answers to the above will help us determine the best way forward.

The next step forward is for you to do a DIAGNOSTIC TEST that helps determine your area of need, and therefore how we can be of value to you in helping meet these needs. One may be very strong in particular areas and weak in others; it is from here that we can then determine the best strategic way to add value to you - tailor made for your needs.

The costs exclude the following:

Public SAT Information sessions
These are held from time to time, with special agreement at the MOW Sports Club, South C, Nairobi
Such sessions are normally part of the current Gap Year Programs. As an example, kindly see the  Gap Year 2020 programme.

International students and the SAT

The SAT and SAT Subject Tests™ are offered overseas six times a year: in October, November, December, January, May, and June.

Kindly note that SAT examination times were interrupted by the Covid-19 pandemic, and therefore dates are subject to changes.

What is the SAT?

The SAT Reasoning Test (formerly Scholastic Aptitude Test and Scholastic Assessment Test) is a standardized test for college admissions in the United States, testing Writing, Critical Reading and Mathematics. It is an admission requirement to most colleges and universities in the United States of America and Canada. Over 1.7 million candidates took the test in year 2017.

Our SAT preparation does not include the cost of booking for and taking the actual test. These are subject to SAT test center schedules in different regions and countries.
SAT Benchmarking

The Harvard 2009 undergraduate applicant pool was similar to the previous year's with the following scores;
Valedictorian is an academic title conferred upon the highest ranked student among those graduating from an educational institution

Before the Corona - Covid-19 pandemic, the SAT was offered seven times a year in the United States and six (6) times at international sites.

The current SAT, introduced in 2016, takes 3 hours to complete plus 50 minutes for the SAT with essay.

Why should students take the SAT?

Students and parents often ask why it is important to take the SAT. Reasons include:

FURTHER INFO IS AVAILABLE FROM THE COLLEGEBOARD WEBSITE accessed by clicking here. 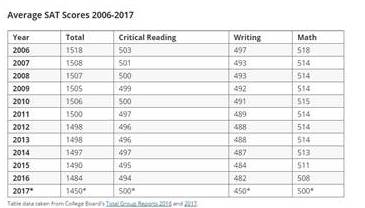 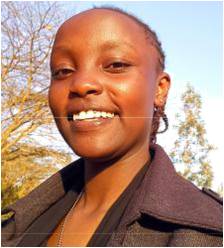 Sharon Terer is admitted as an undergraduate student at the University of Pennsylvania (UPenn), USA on full scholarship to study Biomedical Engineering in the College of Arts & Sciences. She received admission support through her status in KenSAP.

Sharon was Kenya's 1st top girl nationally, 3rd overall in KCSE 2020 with a grade “A” of 87.173 points. She was a student at The Kenya High School. She has since been invited to speak in the media on National TV stations such as Kass TV and several radio stations, motivating more girls in Kenya and the Rift Valley Region to strive hard in achieving their goals and aspirations.

While at The Kenya High School, Sharon was Chairlady of the Research Clubs Africa, Kenya High School chapter. This is a program initiated by Ipsos to create awareness, appreciation, adoption and use of social and market research – where Sharon led her team, winning the national competitions in year 2019.

Sharon was a house prefect in Yala house, where she organised house activities including annual visits to Nyumbani Children's Home. As a member of the Sunshine Club, she was part of the team organizing school fundraisers; students helping financially disadvantaged students through donations for hygiene & sanitary products as well as stationery.

After graduating high school, Sharon received a scholarship from the Automobile Association (AA) of Kenya for a driving course. She has been a Brand Ambassador for Weaverbird Uniforms, advertising to schools to increase sales.

Sharon is part of the Boma Alumni mentorship program, receiving guidance from ladies in STEM and looks forward to being of service to girls in school in the coming years. Through AKADs, she is available to help tutor students in KCSE and SAT exams. 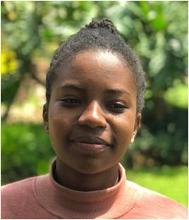 Joan has been admitted to Brown University, a private Ivy League research university in Providence, Rhode Island, USA; founded in the year 1764. Joan will be pursuing a double major in Computer Science and Psychology.

Joan scored an “A” in the 2018 KCSE national examinations, becoming the best student in Western Kenya and among the best nationally in Kenya. She obtained admission to the University of Nairobi to study medicine, as well as being offered a full scholarship to study Computer Science and Informatics at Strathmore University.

Joan is an associate and a scholar of the Equity Group Foundation where she mentors “Wings To Fly” scholars and was an intern with Equity Leadership Program serving as a Customer Relationship Officer for Equity Bank Limited, Ongata Rongai Branch.

Joan is an AKAD Peer Mentor, having joined the AKAD Education Group - Africa as a high school, form 2 mentee at Booker Academy, through the “Mentoring Future Leaders” program with Dr. Vimal Shah and BIDCO Africa Ltd. Mentorship solutions included the “Media Mentorship” with Standard Media Group, through which her AKAD her Peer Mentor is Josphat Lowoi, currently at Duke University, USA; a private research university in Durham, North Carolina, USA founded in year 1838.

Within her Gap Year, Joan has been helping high school students understand the process of pursuing education abroad by offering SAT and ACT training and the College Application process. She is also a part-time tutor in Math and Sciences for students preparing for KCSE examinations.

Within her free time, she advocates for social justice- a topic she has grown to be passionate about- by spreading awareness and highlighting gender equality, mental health, student depression among others. Joan aspires to establish her own startup, where she hopes to create positive social change. 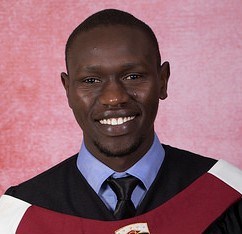 Josphat Lowoi is a graduate of the African leadership Academy (ALA) in Johannesburg, South Africa (2017) and is currently admitted to Duke University (USA) on a us$ 80,000 per year MasterCard Scholarship.

Josphat presented a memento to and thanked former USA President Bill Clinton after his speech in Kasarani Sports Centre, Kenya on behalf of nearly 10,000 Equity scholars and Equity Bank officials as an active Peer mentor and “Wings to Fly” Scholar in the Equity Leaders Program, April 2015. He has given back by speaking to several schools, such as The Alliance High school, Lenana School, Precious Blood-Riruta, Ngubereti High school and others.

In March, 2016, Josphat was one of five students selected to represent Africa in the Aspen ideas festival, Colorado, USA. The program pays all the expenses to attend the prestigious Aspen Ideas festival, an exceptional gathering of change drivers and the best brains on in the world at the Aspen institute in the Rocky Mountains of Colorado.

Through this opportunity, he met remarkable individuals ranging from US secretary of State, Mr. John Kerry, Walter Isaacson (former CNN Boss and current president of the Aspen Institute) David Brooks (Columnist of the New York Times) to Adam Grant whose consulting clients include Google, US Army and the world Economy Forum.

At the African Leadership Academy, Josphat was part of the team that organised the Southern African Ideas festival; a three day event held in South Africa that brings together innovative youths from across the continent and connects them to global mentors such as Jon Harari, CEO of WindowsWear.

Josphat is a Peer Counselor and a Student Ambassador representing ALA in official functions like media interviews, facilitating guest speaker sessions and welcoming guests, such as Michael Joseph, former Boss of Safaricom in Kenya.

Prior to joining ALA, Josphat was the school captain of The Lenana School and an author of a chemistry book. He is an Associate of Akad Education Group-Africa, where he participates in several mentoring activities, such as the signature “Mentoring Future Leaders” seminar with Dr. Vimal Shah at Bidco Africa.

Upon graduation, Josphat seeks to further give back to society by passing on skills acquired at ALA to European students attending Leaf School in Slovakia. He is admitted to Duke University, USA.

Josphat has regularly been in the Kenyan national press such as in “The Daily Nation” newspaper after posting excellent KCSE results and being featured in Equity Group foundation magazines. More information is available at the links below.

Ernest Ochieng’ graduated from Harvard University, class of 2020 with a Computer Science degree. He is currently employed by Facebook, working in Seattle, USA.

On admission to Harvard he was one of 2,000 students that received admission out of 39,000 applicants. He was offered admission and scholarships by other top, world-class universities such as Duke and Drexel Universities, where he was a recipient of the prestigious merit-based Karsh International Scholarship at Duke University, having been selected from over 6,000 international applicants from all over the world.

At Harvard University, Ernest was a member of the Harvard University Glee Club, a 60-voice, all-male choral ensemble. Founded in 1858 in the tradition of English and American Glee clubs, it is the oldest collegiate chorus in the United States of America, and through which Ernest has been on tour to South Korea, Taiwan and Japan.

As part of his Gap Year preparation for university admission, Ernest was a budding writer and blogger; the Kenya Power Apprentice, as winner of the nationwide Kenya Power #PoweringKenya Essay competition for which he was rewarded with KES 50,000 and opportunity to apprentice Dr. Ben Chumo, MD & CEO Kenya Power. Ernest is an alumnus of the Alliance High School, the best performing high school in Kenya where he sat for the Kenya Certificate of Secondary Education Examinations (KCSE) in 2014 and was among the top students in the country, scoring straight ‘A’s in all his 8 subjects and the maximum possible 84 points.

As a Mentee and Aassociate at AKAD Education Group-Africa, he has been a regular guest and motivational speaker at events, such as "Mentoring Future Engineers - with Kenya Power", "Mentoring Future Leaders" with Dr. Vimal Shah at BIDCO Africa, and at AKAD  information sessions on securing admission into top, world class universities.  He has been a leader in giving back to youth, through speaking at several high schools, which include, but are not limited to, Lenana School, Alliance High School, Moi Girls High School-Nairobi. Ernest has regularly been featured in the Kenyan National Media, on Citizen TV's ‘Monday Special’ discussion on ‘Disciplining Children’ (YouTube link below), K24 TV, KBC English Service (96.6 FM) Breakfast Show with John Kago – speaking on academic success, career planning with applications and admission to top world-class universities abroad. 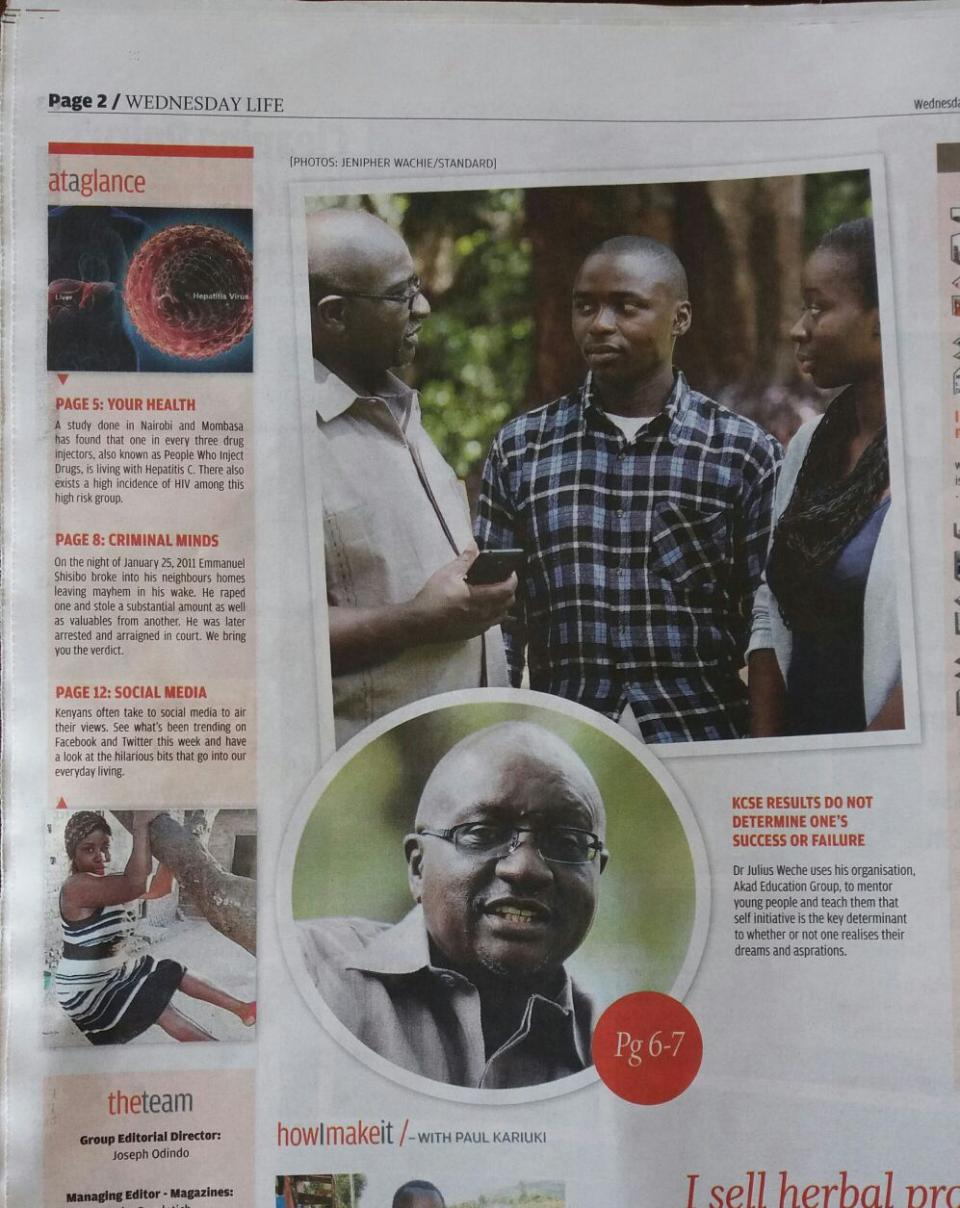